skip to main | skip to sidebar

When Sparky’s in Columbia, MO created cicada ice cream it became an instant legend, not just for being the most gastronomically grotesque creation of the year, but also for batting a thousand. Only one batch was made and it sold out in just thirty minutes. The store pulled the flavor before it made a second batch because the health department did not give its endorsement; apparently the most hygienic cicada preparation has not been fully researched.

In all seriousness, more spooky than brown sugar and bug ice cream is that anything “not specifically provided for in the local health code” is understood to be illegal. Bureaucratic red flagging in food regulation is the same battle being fought by Nice Cream in . I’m certainly no authority on the subject, but I worry for the future of small businesses.

(Thanks to Laurie for the tip.)
Posted by Brad @ IceCreamUScream at 10/31/2011 No comments: Links to this post 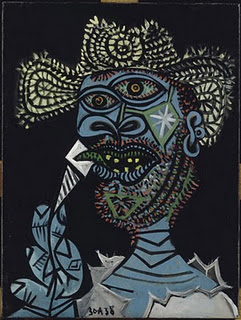 In all seriousness, I once went to an ice cream shop in D.C. (which shall remain nameless) that had a huge mural of Guernica, only each of the characters doomed to die in the horrible bombing were holding ice cream cones. Appalled, I remarked to my brother how completely and utterly tasteless the mural was. Loudly, I might add, which probably explains the pay-and-get-out attitude of the proprietor. Whoops.

Hey, the word "zombie" reminds of something! A creative writing curriculum I wrote for elementary schoolers called "Brains! or, Writing with Zombies" was recently published. Money from the sales go into the programs at 826, free after-school tutoring and creative writing centers in several US cities.


Note from 2012: Read some of the amazing and hilarious zombie stories written by my young students as published in 826CHI Compendium Vol. 3!
Posted by Brad @ IceCreamUScream at 10/26/2011 1 comment: Links to this post

Brad @ IceCreamUScream
I don’t claim to know the most about ice cream, but in my age bracket I’ve gotta be in the 93rd percentile. And since no rewards, scholarships, or grants are given for this, I have taken the next logical step: blogging.